Presentation:
What is UX design and how it helps building better products?

Milovan Jovičić talks about the topic. He is UX consultant with 20+ years of experience. He believes that thoughtful design can augment human skills for prosperity

The most clickable interface element on the web needs more love

Do you know which component of your website every single visitor interacts with at least once? Is it the powerful one-liner you shaped through hours of brainstorming? Maybe a hero image placed above the fold conveying a strong message about your product? Is it that main call-to-action button you refined with love and A/B testing?

Milovan Jovičić is UX consultant with 20+ years of experience. He believes that thoughtful design can augment human skills for prosperity. 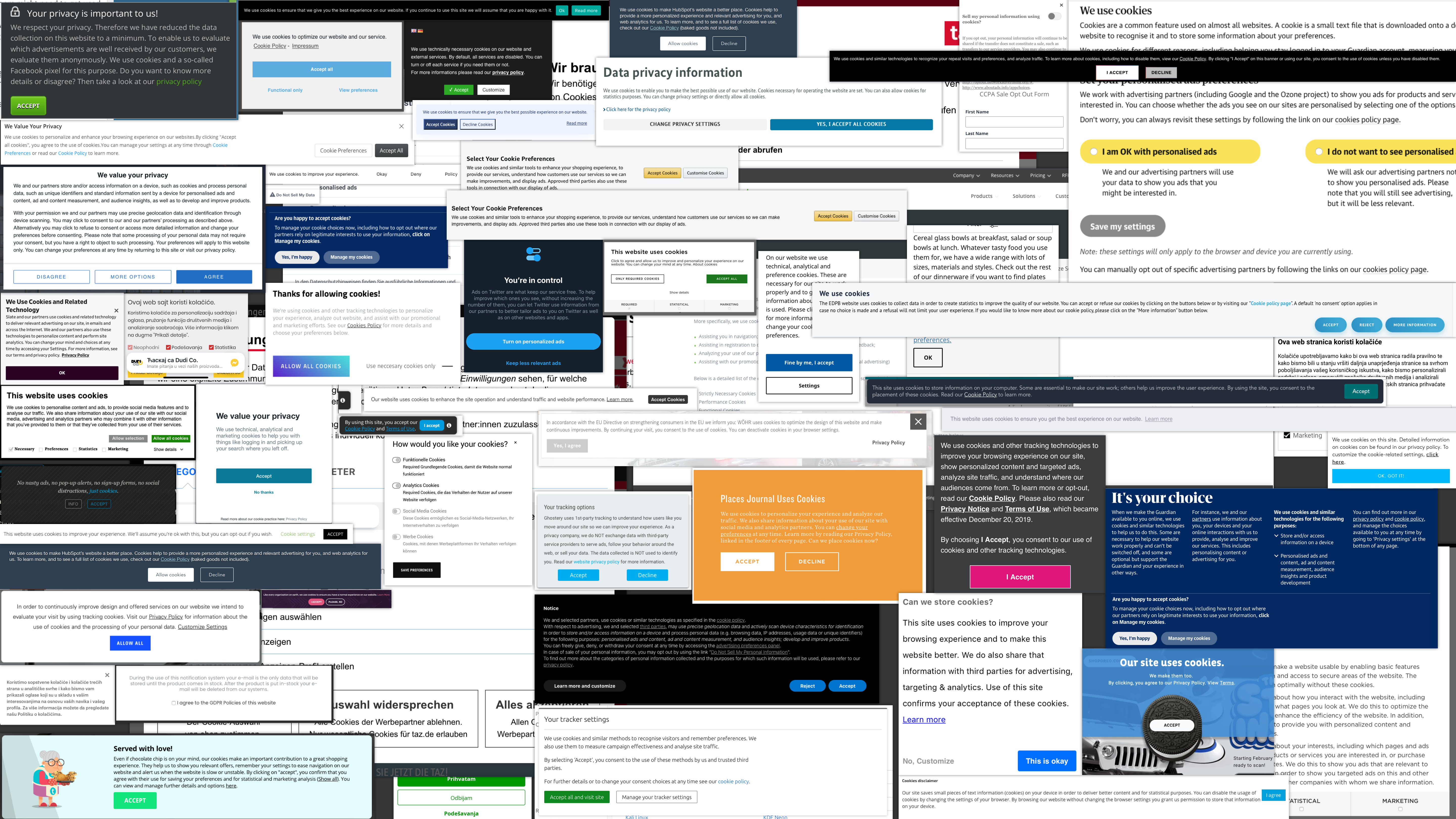 What is typical product design process? Why we should not avoid research? Is there an alternative to guesswork when we do not have enough initial information about users and their needs? How do we prepare design outcomes? How to unleash the power of iteration in design process? What is the best way to properly deploy design to the user?

Milovan Jovičić presents case study for the creation of a digital product. The project is a result of collaboration with Nordeus, UNICEF and HaloBeba public service in an effort to inform and support parents in quality parenting. The idea was to make mobile app that teaches best parenting practices and encourage tracking child growth and overall progress. The app tracks various data points in key periods during childhood and gives important contextual information, timely advices and resources tailored to user demands.

Milovan Jovičić talks about the topic. He is UX consultant with 20+ years of experience. He believes that thoughtful design can augment human skills for prosperity

Meetup #16:
How performance affects UX of the webpage and what we can do to improve it?

How long will users stay on a web page before leaving? Studies confirm: Not very long. First ten seconds on the web page are critical for users to decide should they stay on the web page or leave completely.

This happens because performance IS user experience. Take mobile websites: 85% users of the mobile website expect it will load more quickly than on desktop. This, combined with the fact that more than 60% web page views are coming from mobile, leads to the conclusion: mobile webpage performance optimization should be taken into consideration from the beginning.

The average mobile website page weight is ~50% images. Toss in the complication of thousands of differently sized screens, and it might appear that efficient delivery of images to every device is an impossible task. But all is not lost! In this talk, we’ll examine strategies to send the perfect image to every device, ensuring a fast, beautiful rendering of your content. We’ll look at progressive images, placeholder images, lazy loading and other techniques and real world examples that will improve the usability of your site or app. Attendees will come away with an understand of the current ‘state of the art’ for optimizing visual content on the web.

Doug Sillars talks about the topic. He is a freelance mobile performance expert, having helped thousands of developers speed up their mobile apps and websites.

Meetup #15:
Design committee: what it is, how it affects overall UX & what we can do better?

Design committee produces a range of assumptions about what should take priority in a design project, without having the facts to back up those assumptions.

Design committee is happening when design leaders compromise between the requirements and opinions of the participants in design process. This is happening when team do not agree early on design scope - or worse, when they lack a unifying vision about a product.

It is surely important to get feedback throughout the design process, and there’s no issue in collecting feedback from several individuals - as long as the final decision maker uses their judgement to decide what feedback to implement, what might be best kept for another time, and what needs to be scrapped. Experienced designers will lead clients through the design process; if it works the other way around, the end-product is rarely what is best for users. You should utilize a mixture of your own knowledge and experience and take learnings from the opinions of others to inform your design to find the best solutions.

What is design ethics and how it contributes to outstanding product design?

This is informative talk meant to inspire and start deep conversation on the topic. Milovan will analyze ethics in product design from multiple angles and give his view on the importance of having unified ethical codex before even start designing. He will present striking case studies and stories where bad design manipulated users' attention, exploited user's resources, mislead users and even hurt them.

As a believer that good design can humanize the world, Milovan Jovičić will present alternatives, examples of ethical design solutions and resources for further research.

Milovan Jovičić has been perfecting his UX skills in last 20 years. He worked in two areas: in web world as a developer and UX designer, and on stage - as a performing violinist. As a founder of Alpha Design agency he acquired experience working with companies such as Apple, Amazon and Rakuten. Milovan believes that ethics is foundation of design and supports idea that thoughtful design can augment human skills for prosperity.

Public UX review and critique of selected domestic digital products, by experienced UX designers. They question design decisions and give advisory based on business requirements.

Here is a lineup of UX designers that lead the session:

Petar Ačanski - Designer with more than 14 years of experience in the industry. He has worked as a developer, as a designer, and as a design lead. He want through freelancing, six years of agency life, and currently working for a SaaS company. Right now he is improving ActiveCollab which is the project management tool used by companies like Nasa, Apple, Nike and many others.

Marko Purać - Graphic designer and illustrator from Novi Sad. Professionally he's orientated towards web design which he has practiced within numerous digital agencies for 10 years, for which he has earned multiple awards such as AWWWards, and others. Since 2014 until today his main role is that of a creative director in Themes Kingdom which as of recently operates as an independent design studio as well as a WordPress theme marketplace. Also, he is involved daily in creating products and direction of overall design and photography for the Over streetwear brand, which he has founded in 2012.

Meetup #12:
How to pitch yourself for an UX job?

Nikola, principal experience designer in Namics who conducted lots of job interviews in his company, gives useful tips and tricks for UX job applicants and answers those most important questions

Nikola holds panel and open discussion, with a lot of good and bad examples.

Our fellows, experienced UX designers from the industry, have publicly reviewed and questioned digital products submitted by community. They question design decisions and give advisory based on business requirements.

Designers who have been in the review team:

Djordje Vanjek, Designer and Enterpreneur: What I have learned as UX designer in my startup journey - building own design toolkit while designing a product

Meetup #9:
How designers and engineers can work together to build great products fast!

Ljuba Youngblom is an experienced designer and product manager who lives and works in Bay Area. He shares his experience as co-founder and Head of Product and Design at Automatic, a San Francisco-based IOT startup, with a focus on how designers and engineers worked together to build high quality features fast. He covers lean cross-functional team workflows, practical and scalable design documentation, and lessons learned in 7-year long product startup journey.

Ognjen Lopušina, designer, writer and photographer explains how designer's role will adapt in the era of artificial intelligence. He talks about writing as important skill in UX design and shows meaningful examples of do's and dont's in copywriting. As a long-time employee of large product design company and more than 20 years of experience, he argues how design fits with lean and agile development methodologies. Finally, he adresses how UX design will transform itself to more broader profession in upcoming years.

Meetup #7:
Personas in-depth: how to analyze and segment users, the right way

Get to know UX research technique of creating personas - imaginary but realistic description of an average user of your product.

Personas help the entire team be on the same page about the user and their habits - they are the foundation for other research techniques.

Existing Personas with their usage throughout the project are showcased. Our fellow Marko Aleksić presented a talk.

Meetup #6:
Designer-Developer communication: how to improve UX of product development

"Why does implementation look completely different than what we designed?"

Natalie Hughes, director of design in Embroker makes introductionary speech and her collegue Alex presents some interesting stories from their experience working with remote teams with time difference of +9 hours.

Our fellows from SpiceFactory contribute with interesting and funny stories, findings and conclusions from their rich experience in design and development - along with couple more guests from local community.

Meetup #5:
Research - the most important foundation for UX projects

Every design project should start with research, and should involve research even after project deployment.

Topics addressed in this meetup:

Our friends from SpiceFactory present their research in online banking project: how simple design decisions and improvements based on observations shaped up the product and increased business metrics.